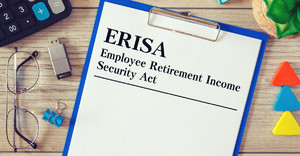 The Employee Retirement Income Security Act known as “ERISA” regulates 401(k) and most other types of employee benefit plans. Under ERISA, anyone who handles retirement plan funds must be covered by a fidelity bond. The bond protects the plan from losses that may result from fraudulent or dishonest acts.

The following are four essential facts you should know about fidelity bonds. This topic doesn’t get a lot of headlines, but it’s important you’re aware of these requirements and take steps to maintain proper coverage.

Talk to us about the details of sourcing and maintaining an ERISA fidelity bond for your plan.

Back to Blogs Helpful Resource Links