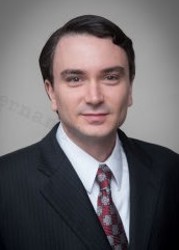 Matthew Sicilia is a consulting actuary with over 20 years of experience who has been with TPS Group since 2010. He became an Enrolled Actuary in 2007, and is a Member of the American Academy of Actuaries. He has worked on plans ranging from 1 to over 10,000 participants. He consults on plan designs for both qualified and non-qualified plans, including executive plans (i.e. SERP) and post-retirement medical plans (PRM /OPEB), as well as governmental plans (GASB).

In addition, since 2015 Sicilia has been assisting local unions during contract negotiations (primarily police and firefighter unions). He performs analysis of proposed plan design changes for both pension and OPEB plans.

“I am driven by providing exceptional customer service. My goal is to set realistic expectations and then exceed them.”

“The relationship between TPS Group and our clients is a partnership. Each side is working, together towards the same goal, which is to effectively manage a pension plan based on its desired purpose. Clients may want to maximize deductible contributions, gain a competitive advantage over their competitors to attract and retain employees, reduce plan costs / volatility, and/or work towards funding a plan for termination.”

Sicilia earned a Bachelor of Science in Business Administration with a Concentration in Applied Actuarial Mathematics from Bryant University in Smithfield, Rhode Island.